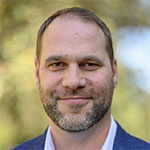 Josh Leonard is the Executive Director of the Institute for Cultural Evolution. He believes that solving all the other problems we face as a society—climate change, widening economic inequity, and mounting health crises—depends first on our ability to transcend (and include) the expanding polarization fueling our culture war and political strife.

Josh has deeply studied many facets of integral/developmental theory and its application over the last two decades. He has dedicated his life to personal and cultural development using the integral/ developmental framework. It is the organizing principle he uses to both make sense of and impact on the world. In addition to Leonard’s many years of thought leadership in integral theory and practice, developmental studies, and polarity theory, he brings 22 years of non-profit operational management, including 10 years of non-profit executive leadership, with the YMCA to his role as ICE’s Executive Director.

Progressive Inclusivity Is Not Inclusive Enough